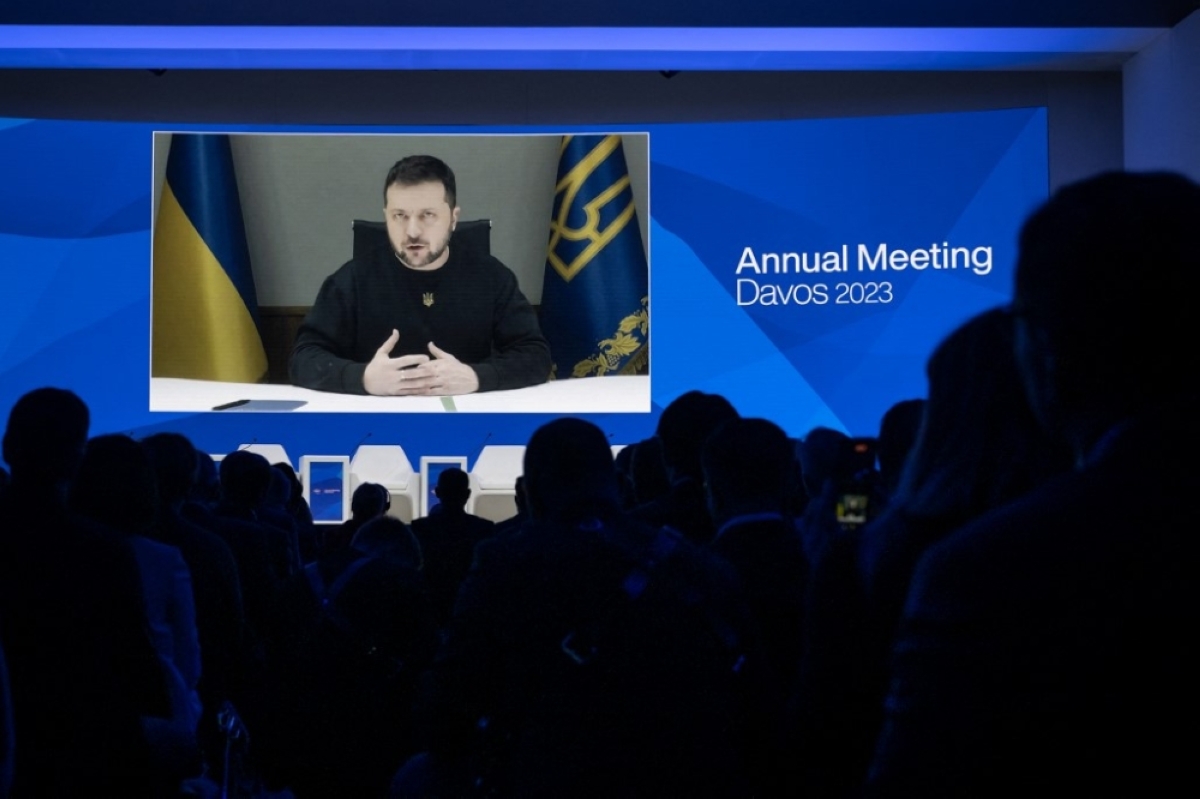 KYIV: Ukrainian President Volodymyr Zelenskyy on Thursday heaped pressure on Western allies to provide his country with more heavy weapons to fight Russia on the eve of a key donor meeting.

A day after a helicopter crash outside the capital Kyiv killed one of his key ministers, the Ukrainian leader called out Germany for its hesitance to supply its modern Leopard tanks — unless the United States also gives tanks.

“There are times where we shouldn’t hesitate or shouldn’t compare,” Zelenskyy told the annual World Economic Forum gathering in Davos town, eastern Switzerland via video link.