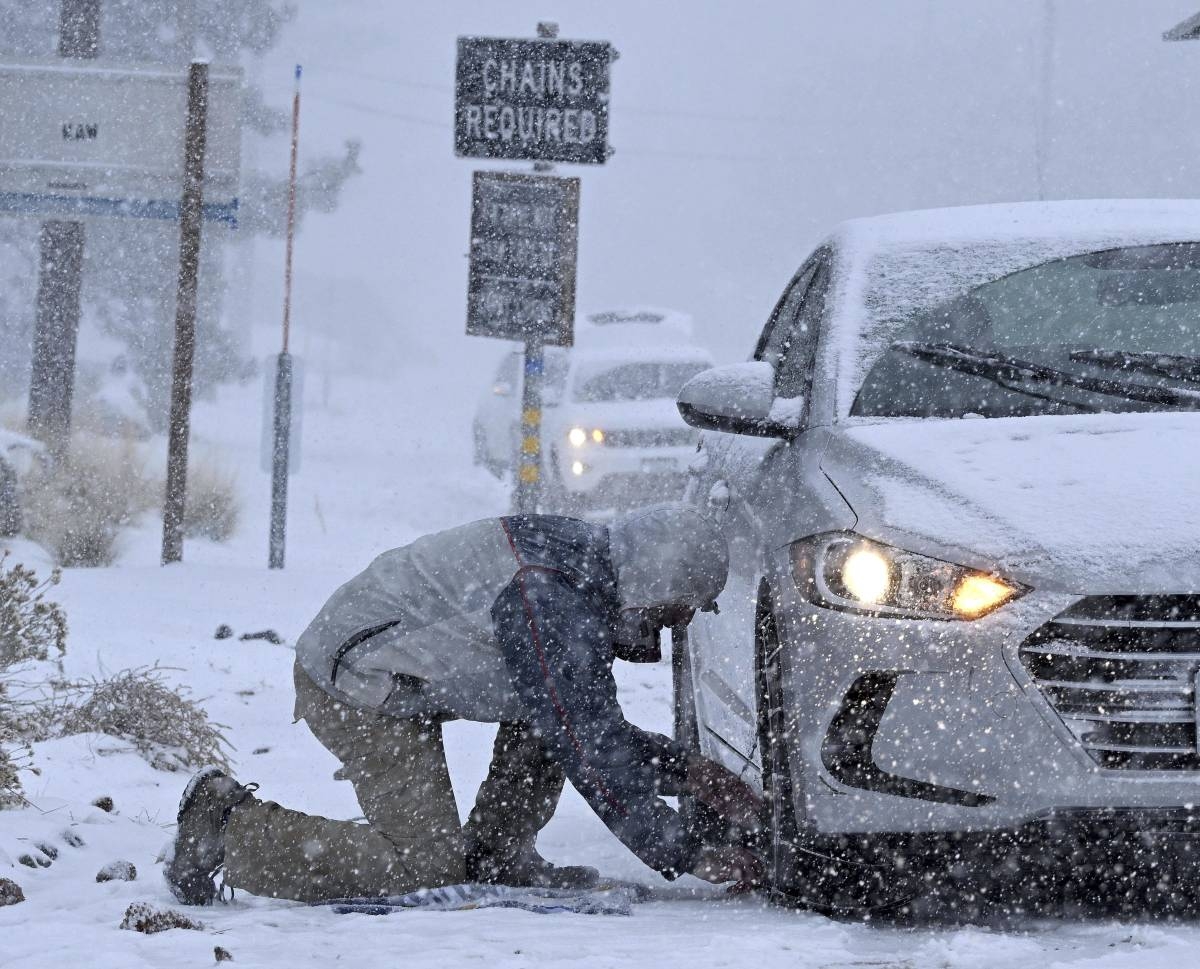 Evan Freedman, from Los Angeles, puts snow chains on his vehicle as heavy snow falls on Highway 2 near Wrightwood, California, on Monday, Dec. 12, 2022. (Will Lester/The Orange County Register via AP)

SIOUX FALLS, South Dakota: A massive winter storm blew toward the center of the US on Monday, threatening millions of people with heavy snow, freezing rain and flooding.

The National Weather Service warned that there would be “numerous, widespread, and impactful weather hazards in the heart of the country this week.” Across the Rockies and into the northern Plains and parts of the Midwest, people were warned to prepare for blizzard-like conditions. Those farther south in Texas and Louisiana could get heavy rains with flash flooding, hail and tornadoes by Tuesday. The storm will continue southeast into Florida later in the week, forecasters said.

“It will be a busy week while this system moves across the country,” said Marc Ch