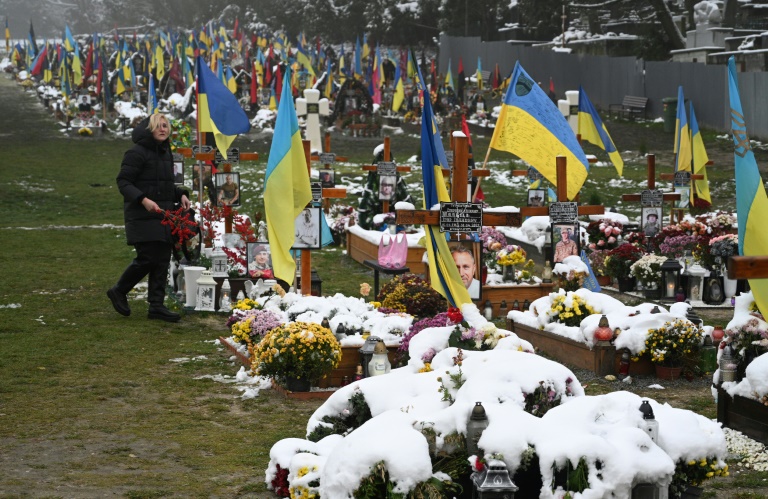 A local resident visits soldiers’ graves on the Day of Dignity and Freedom at the Lychakiv Cemetery in Lviv, western Ukraine – Copyright AFP BULENT KILIC

Ukraine struggled Thursday to repair its battered power and water services after Russia targeted the electricity grid with dozens of cruise missiles and temperatures plunged.

The Ukrainian energy system is on the brink of collapse and millions have been subjected to emergency blackouts for weeks due to systematic Russian bombardments of the grid.

The World Health Organisation has warned of “life-threatening” consequences and estimated that millions could leave their homes as a result.

Mayor Vitali Klitschko said more than two-thirds of the capital was still cut off on Thursday despite municipal workers in Kyiv restoring some water service overnight.

“Seventy percent of the capital remains without ele