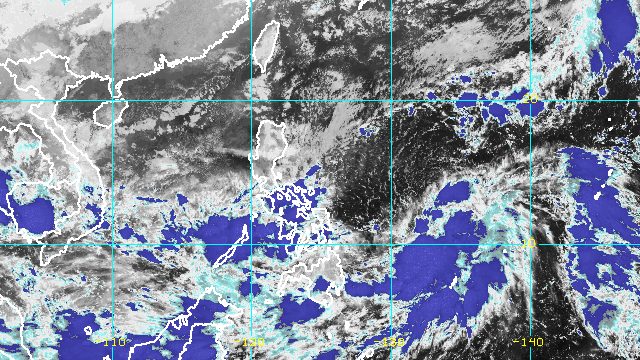 MANILA, Philippines – The shear line and the trough or extension of Tropical Depression Paeng will continue to trigger rain on Thursday, October 27.

The Philippine Atmospheric, Geophysical, and Astronomical Services Administration (PAGASA) provided the following rainfall forecast for the shear line and Paeng’s trough in an advisory at 11 pm on Wednesday, October 26:

Light to moderate rain, with at times heavy rain

Classes have been suspended for some areas on Thursday.

The tropical depression is moving west southwest over the Philippine Sea at a slightly faster 15 kilometers per hour from the previous 10 km/h.

It is projected to move west until Thursday morning or noon, then turn west northwest or northwest for the rest of Thursday until Sunday afternoon, October 30, as it heads for Northern Luzon.