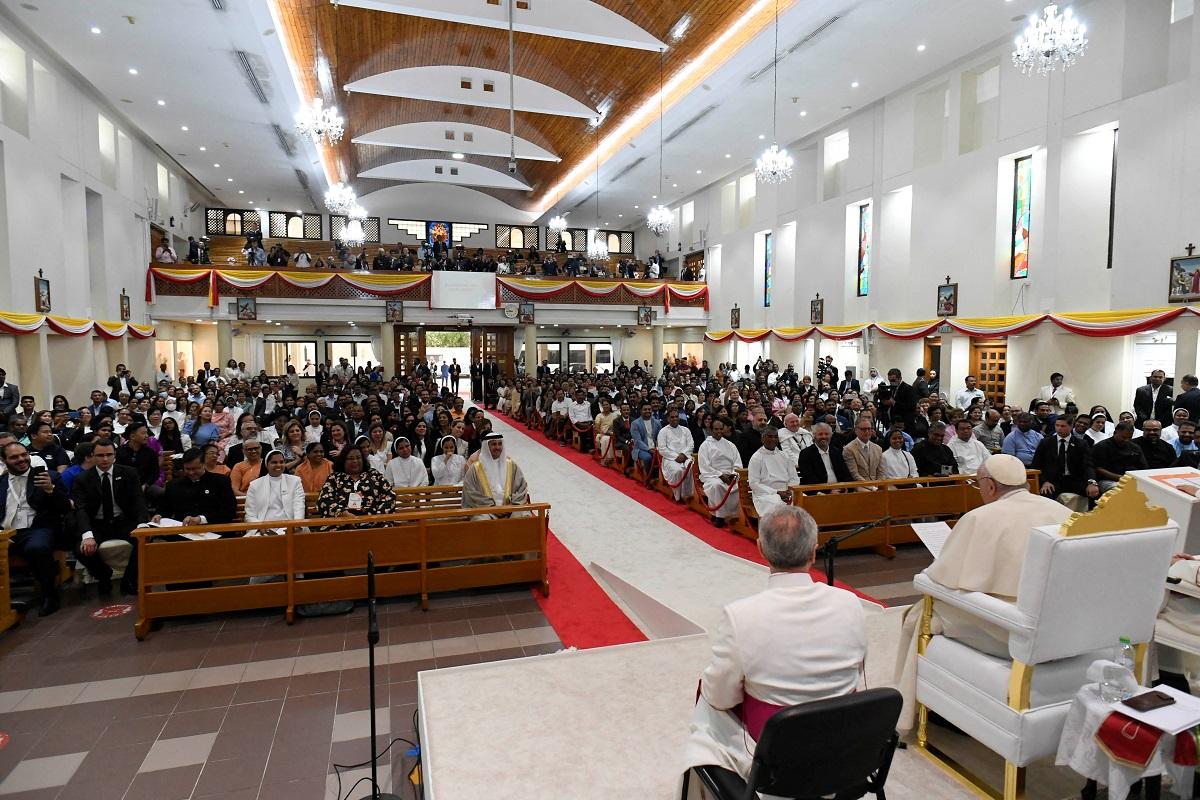 MANAMA, Bahrain — Pope Francis wound up his trip to Bahrain on Sunday by visiting the oldest Catholic church in the Gulf, telling bishops, priests and nuns to remain united as they ministered to the faithful in the majority-Muslim area.

The last event of his four-day trip took place at Sacred Heart church, built in 1939 on land donated by the then-ruler, putting Bahrain on the road to becoming one of the most accommodating countries in the region for non-Muslims.

Bahrain has two Catholic churches, including a modern cathedral that is the largest church on the Arabian Peninsula, and has about 160,000 Catholics, most of them foreign workers. Many Catholics also visit from neighboring Saudi Arabia,

Pope prays for ‘suffering peoples’ on final day in Gulf