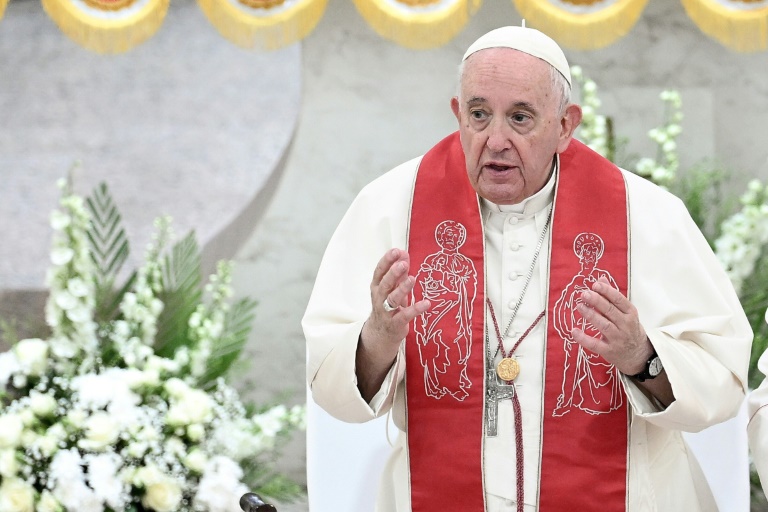 Pope Francis said Sunday he was praying for “suffering peoples of the Middle East”, at the end of a Bahrain visit promoting dialogue with Islam but marked by accusations of rights abuses in the Gulf state.

In a final address before boarding a flight to Rome, he also urged congregants to pray “for Ukraine, which is suffering so much”, and for an end to the war.

He told Lebanese congregants he was praying for “your beloved country, so weary and sorely tried, as well as (for) all peoples suffering in the Middle East”.