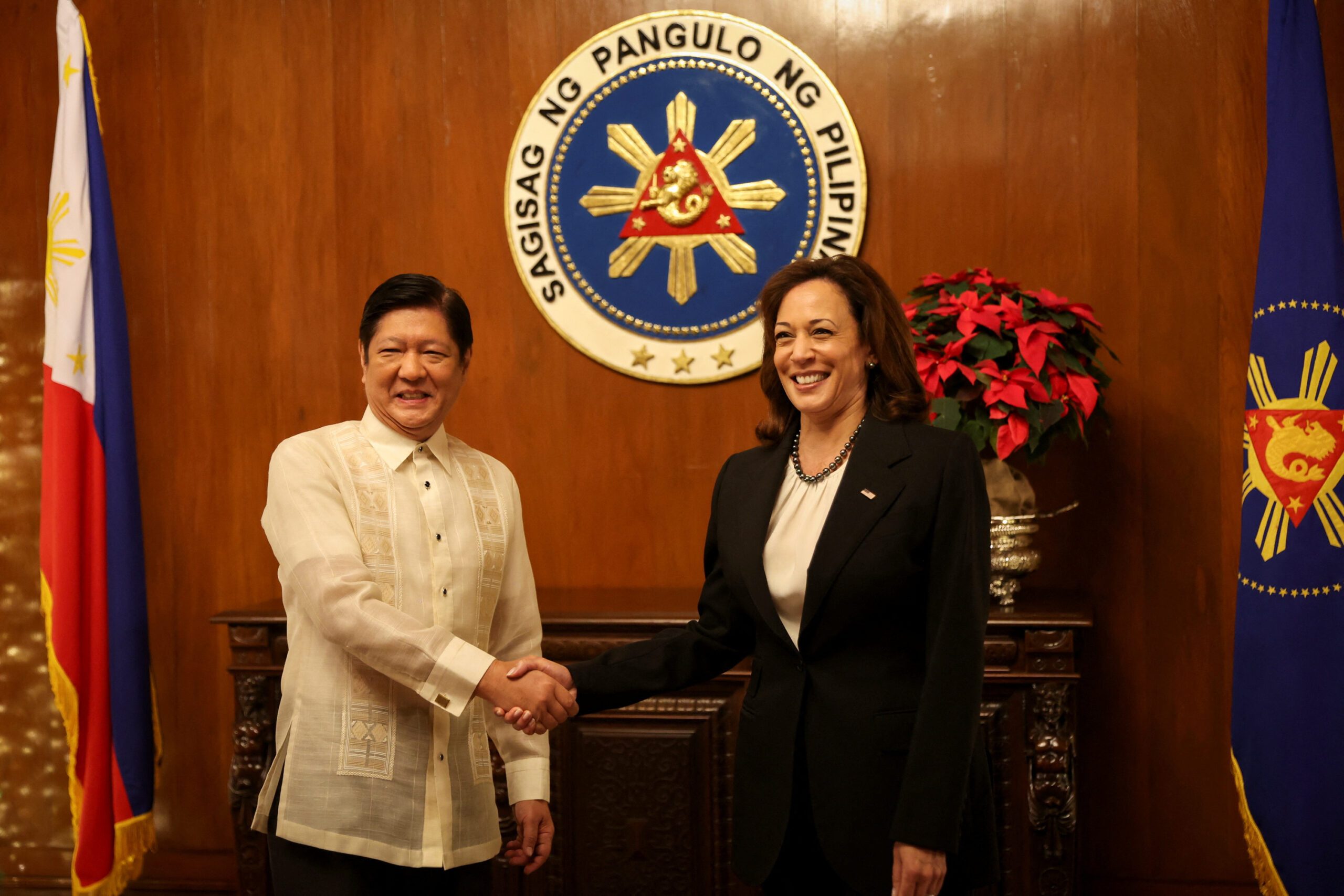 US Vice President Kamala Harris speaks with Philippines President Ferdinand Marcos Jr at the Malacanang palace, during her state visit on November 21, 2022.

(1st UPDATE) In a bid to downplay the US Vice President’s trip to Palawan, President Marcos, jokes Harris will ‘just [go] to the resorts and the beaches’ close to the contested areas of the South China Sea

MANILA, Philippines – United States Vice President Kamala Harris on Monday, November 21, kicked off a visit to Manila by emphasizing that Washington would come to Manila’s defense in the event of an attack in the volatile South China Sea.

“I will say that we must reiterate always that we stand with you in defense of international rules and norms as it relates to the South China Sea,” said Harris during a meeting with Philippine President Ferdinand Marcos Jr. in Malacañang.

Harris added: “An armed attack on the Philippines armed forces, public vessels, or aircraft in the South China Sea would invoke the US’s mutual defense commitments.

Georgia Mega Master Project Iloilo, Will Be Better Than BGC?