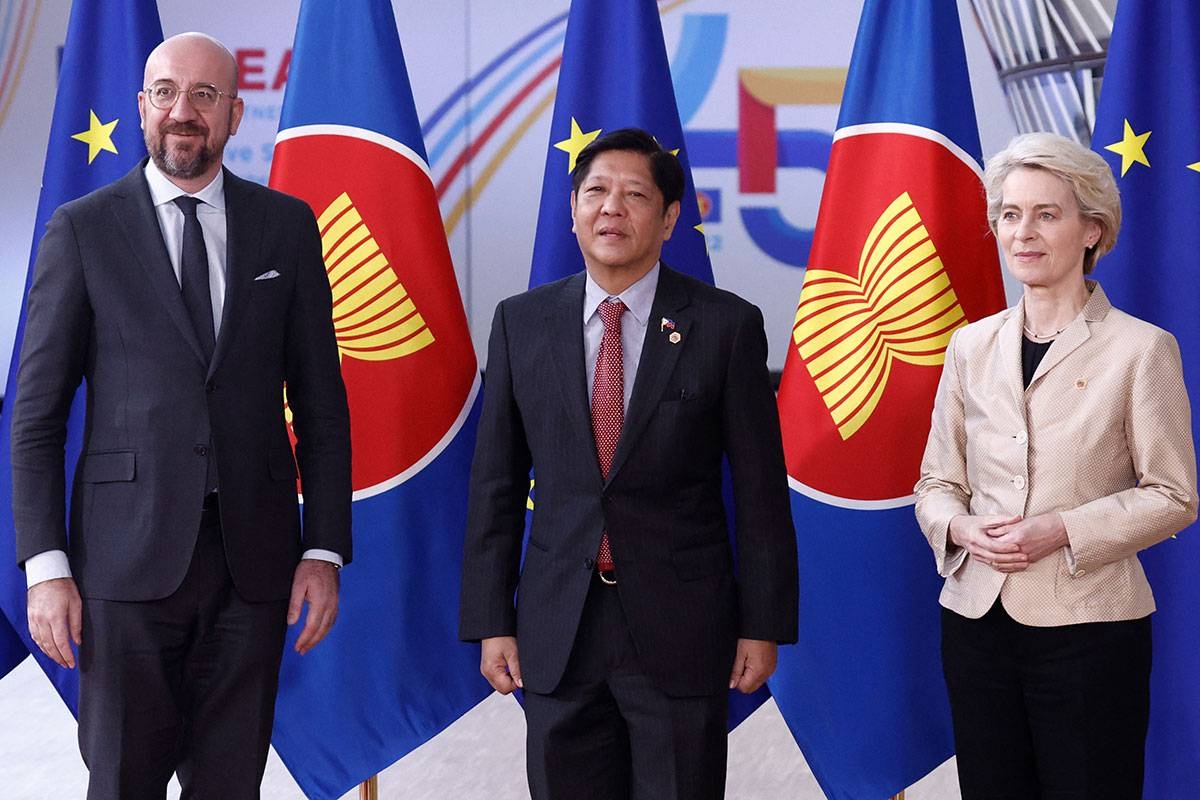 EUROPEAN Union leaders met their counterparts from Southeast Asia for a summit in Brussels on Wednesday, looking to bolster ties in the face of the war in Ukraine and challenges from China.

Europe is keen to boost trade with the Association of Southeast Asian Nations (Asean), which counts some of the world’s fastest-growing economies.

“There is a need for Europeans to reconnect with Asean, one of the most dynamic areas in the world,” the French presidency said.

The EU has been on a diplomatic push to galvanize a global front against Moscow as its invasion has sent economic and political shock waves around the world.

But Asean’s 10 nations have been divided in their response to the Kremlin’s war on Ukraine.

Get the latest news

delivered to your inbox

By signing up with an email address, I

Shear line, ‘amihan’ to bring rains over parts of Luzon