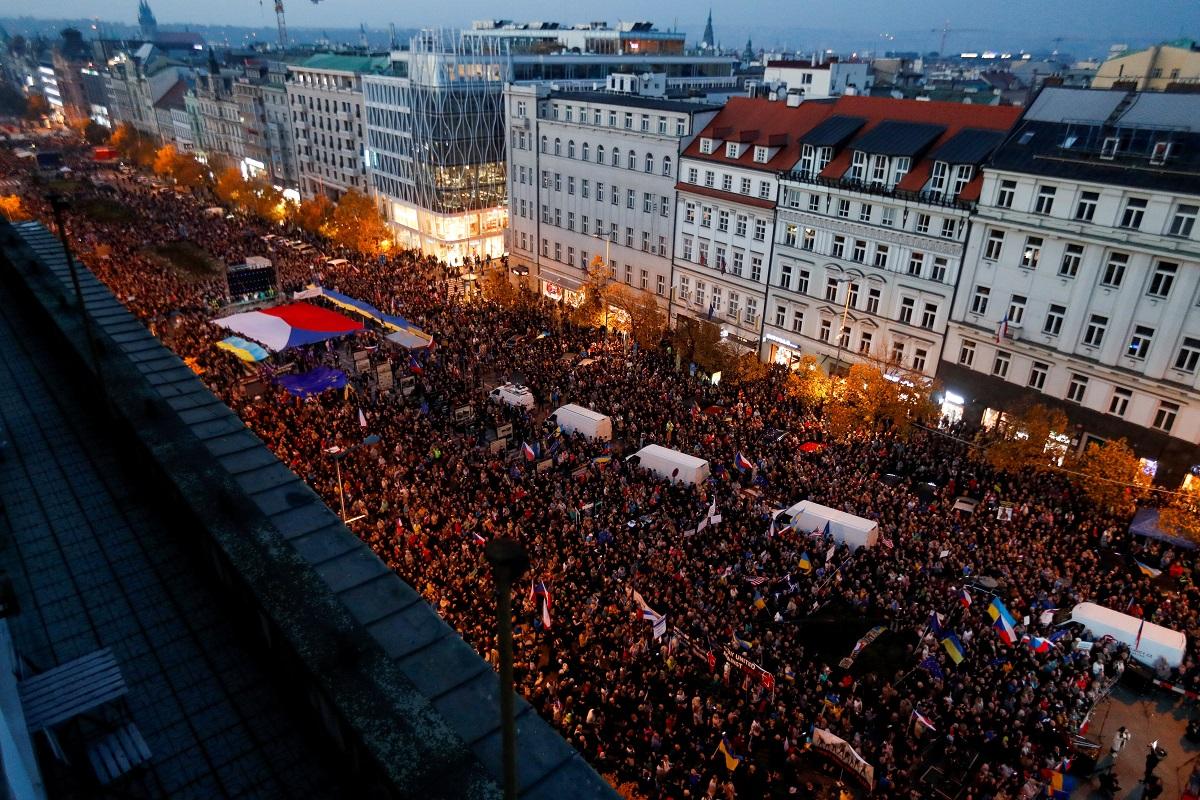 PRAGUE — Tens of thousands of Czechs rallied in Prague’s main square on Sunday against rising populism and extremism, two days after a coalition of far-right political movements, fringe groups and the Communist party held a protest in the same location.

Waving Czech, US, NATO and Ukrainian flags, many in the crowd voiced support for Ukraine in the war against Russia, in contrast